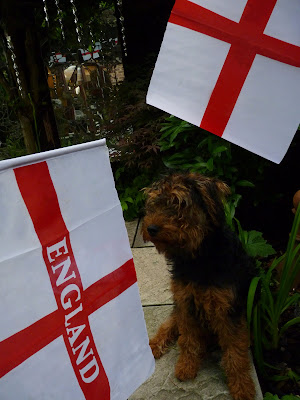 Welcome back, this post is in support of "Unity in Diversity" all about it can be seen on Maxmoms Blog    there are pictures, recipes, update on what's happening in South Africa with the football, plus other bloggers that have put up posts, covering the football teams playing.
.
This post is about the counties of England, the following map and most of the information has come from
Pictures of England .com  England is not that straight forward when it come to the counties,  I kept coming up with different  totals as to how many there are, some are sub divided.
The list below covers 36 and a piece of information about them.
Counties of England 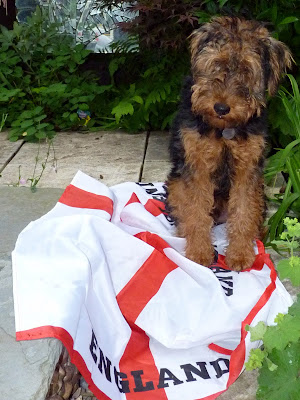 This was informative, butt now I can't wait to learn about where you are from.

I think my relatives are in Yorkshire. Thanks for the map and lesson! Where do you live George?

Wow george! I did not realize England had some many counties! My momma cousins live in England. I hope england will win against Alergia.

Nice to meet you! Thanks for letting us leran more about your country in today's post. We look forward to more adventures with you. Weeeeee!

That is a whole lot of counties - WOWZA! The English don't do anything in a small way, do they☺

Hey there George!(AND MOM!)
Thank you so much for supporting "Unity in diversity". This is a most interesting post indeed!...
Do you know that Johannesburg is 1500m above sea level (a lot higher than your highest mountain :)).
Also...I loved Chester and it's medieval quality. We visited England about 3 years ago (my first time). We had a fabulous time - you are so lucky - everything works!!!
All your little 'countries' are quite confusing...but VERY interesting. So many diverse affiliations to their own individual histories. Thank you for the trouble you have taken with this post...looking forward to your other posts too.
Lotsaluv
MAXMOM IN SA

Hi George
Thanks for showing us the map. I am going down to Nottingham with Gail in a few weeks time - that's where she was born and where her parents still live. At least I now know where it is! And apparently D.H. Lawrence went to Gail's brother's school. I've never been to England before, but I'm really looking forward to my visit, especially as I'm told it's warmer than Aberdeen and I like warm weather!
I have my paws crossed for England tonight. Gail is already looking nervous, but I don't understand why. Oh, "past experience", she says.
Toodle pip!
Bertie,

What an interesting post, George! You are a very smart doggie!

thought we would drop by and meet you.

We had our paws crossed for England as well,,,not sure what went wrong!

We are in Sedgefield Durham.