Flat me goes to Liverpool

As in the last post mom took flat me away to Liverpool.
The journey started in the mini bus, and took around two hours

They parked up at Albert docks 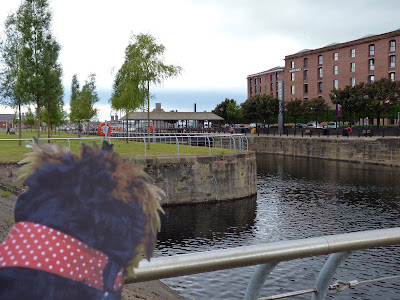 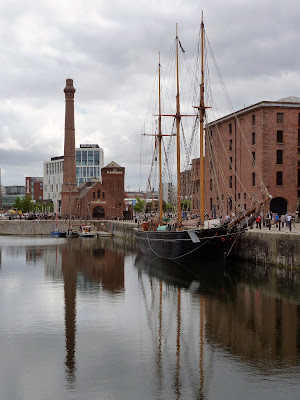 And went on a boat ride across the Mersey, he had to be stowed away in a hand bag because no dogs are allowed on the boat 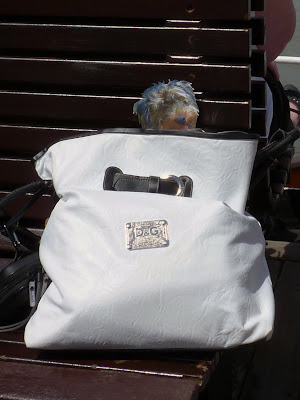 As soon as the ferry was away from the docks mom got him out.
No its not mom, she's taking the piccies

The Liver building from the boat 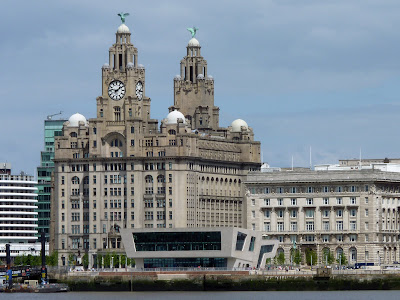 This ones just for dad a ship that's a bar! 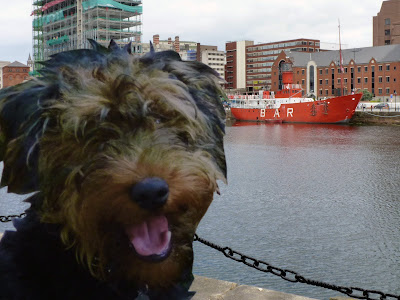 Hey a street with my name 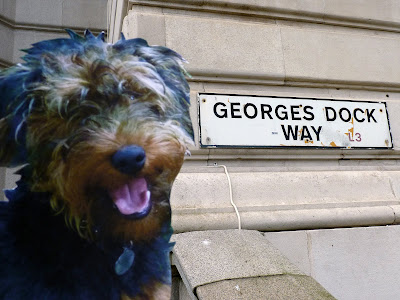 How many George's on this one? 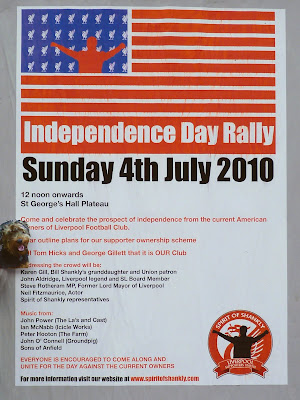 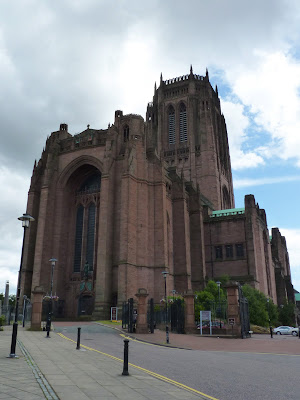 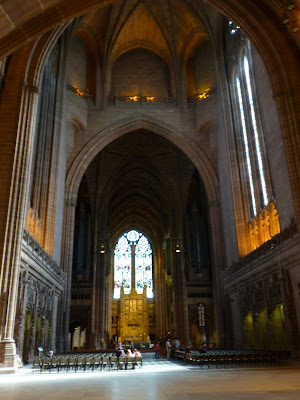 Half way along Hope street is a yes you've guessed it a pub, called
The Philharmonic, The Beatles used to go there, it has not been touched in years and is in the art nouveau style. 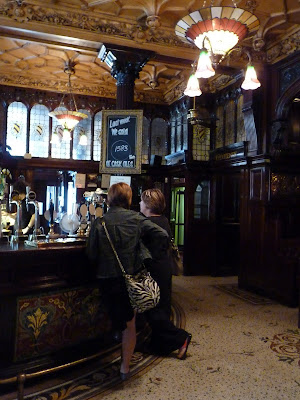 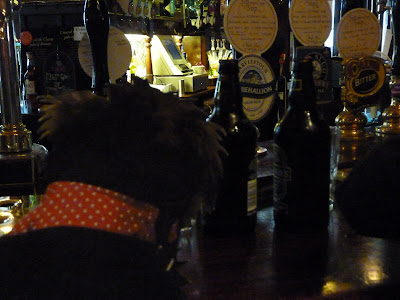 Then they walked to the other end, which has the Metropolitan Cathedral.
which is Roman Catholic, it is built in a circular shape and boasts the worlds largest stained glass window. which is all around the top. It was built in the early 1960's 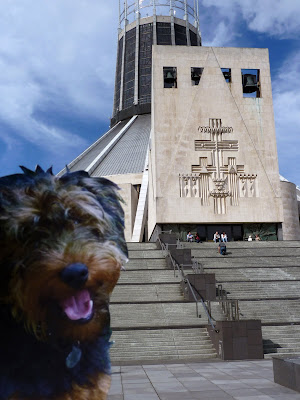 Mom says its stunning inside, with all the blue stained glass. 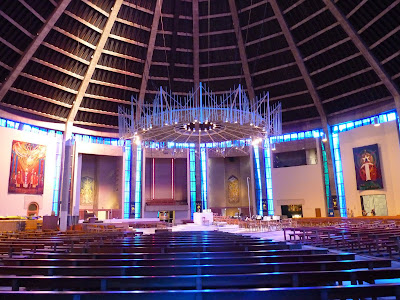 Now this looks like fun he got to go on a "Wacker Quacker" its a thing that can go on the road and also in the water. 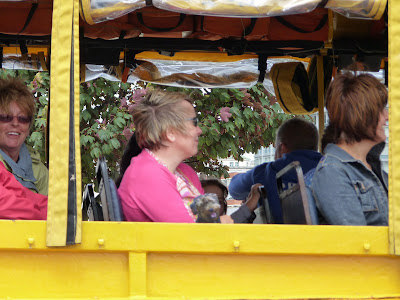 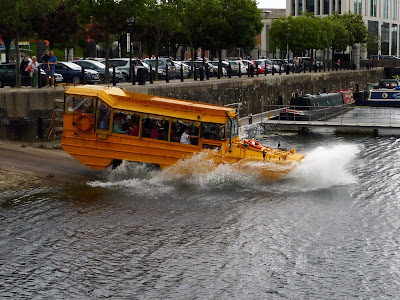 Look at that, the man that did the talking is holding on to him!! 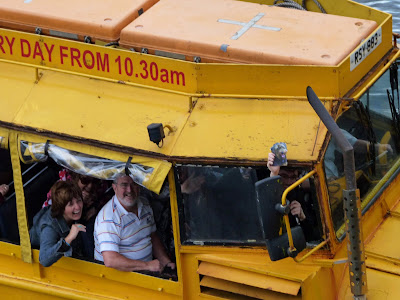 It appears to us, that you were really there!
(maybe not really on the Wacker Quaker)
You get around George!

We really enjoyed seeing your journey. Flat you is so lifelike, it looked like you really were there.

wow, george! i totally thought the very first picture was you and not flat you! very convincing like. anywho, it looked like a super funsies trip to liverpool! do they have lots of livers there? i sure do like livers. :) oh, and i totally dig the picture of the talking man on the wacker quacker holding you up! teehee!
*woof*
the booker man

Hey Georgie, in the first pictures I thought: What then is this for a small Welsh? Nevertheless, they are much bigger? Perfect deception! *lol*
Nice pictures! For somebody who does not know Liverpool, very interesting!
Lots of love
Mischka

It was just like we (and the real you) were RIGHT there!! Great photos George!!

You are one lucky pupper. The real you gets to go an a pub crawl(though you did look kind of flat out on the floor there haaa!) while the flat you was going quackers in the water bus. With the common tater who seemd a good sort. Now on your pub crawl I hope you are doing just that George...a LOT of crawling...all those lovely dropped foodable to suck up and do you get a bonio to go with your guiness froth?

Wow! That looks like a fun time, George! We're glad your flat self got to go along!

Hey Georgie!! What a fun trip FlatG had. (Our mama's dead husband was from Liverpool.) Never knew it was such a beautiful place!!
Smooches,
BabyRD and Hootie

Thank you for the tour. We really enjoyed it!
It was funny to see an Independence Day sign in the UK.

What a great trip, lucky FlatG !
Thanks for sharing those great photos.
Love from Bella and family.

(The Fantastic Festival of Fabulous Flowers is coming soon !)

That was quite a trip. It's a good thing the flat you went. The real you would have gotten very tired.
Morgan, Tsar and The Porties