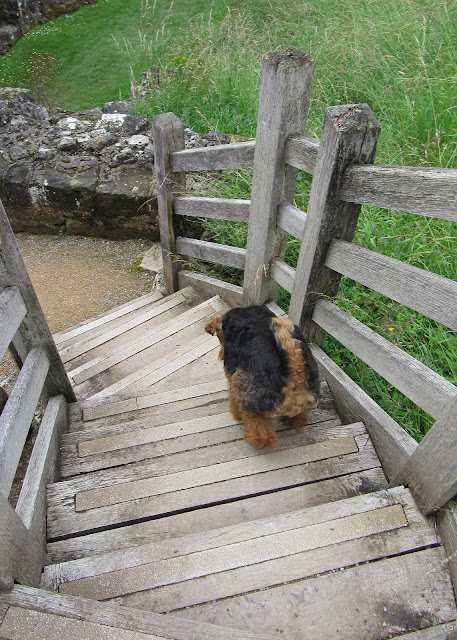 This week Frankie, Ernie and Sweet William are joining me.

By the way Frankie is the Mayor of Blogvilla, Ernie is his brother and Sweet William is also a blogging friend of ours.

"Over to you Frankie" 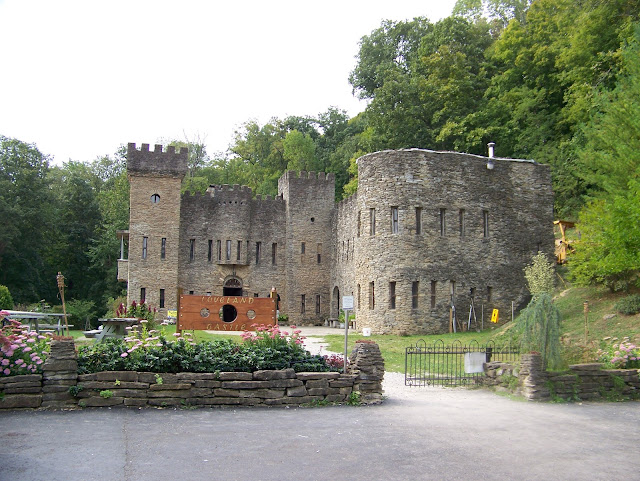 (AKA Chateau Laroche)
Located in , was built 95% by ONE MAN.
His name was Harry Andrew.   He had been a Medic in WW I  and was a TEACHER in Cincinnati Schools for 32 years.   It is said that he had an IQ of 187 .    SERIOUSLY..   I did NOT make that number up.    He was also a published author for the Federal Government and also helped to write Text Books.
Mr. Andrew hauled all the stones UP a very steep hill in 5 gallon buckets.   He started this major undetaking in the 1940's and worked on it until he was 90 years old.
Today it is maintained by a group of "Knights" called Knights of the Golden Trail (KOTGT).   This is a group (MALE ONLY) that Mr. Andrew founded as part of a Bible Study for Teens.
Sir Sweet William the Scot and Sir Ernie and I (Sir Frankie Furter)   Met there and we had a wonderful time together.   We played Dragon Hunt... and Sniffed the lovely Flowers and roamed the gorgeous grounds.    The castle and the grounds were just BEAUTIFUL, BUTT the best pawt of our day was being able to meet Sweet William.   I'm just sayin. 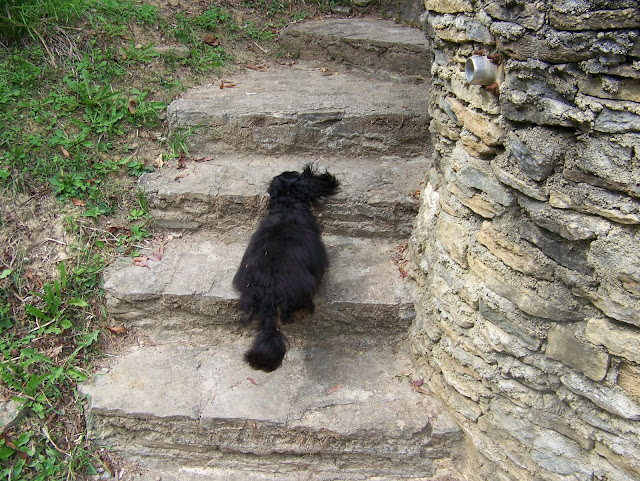 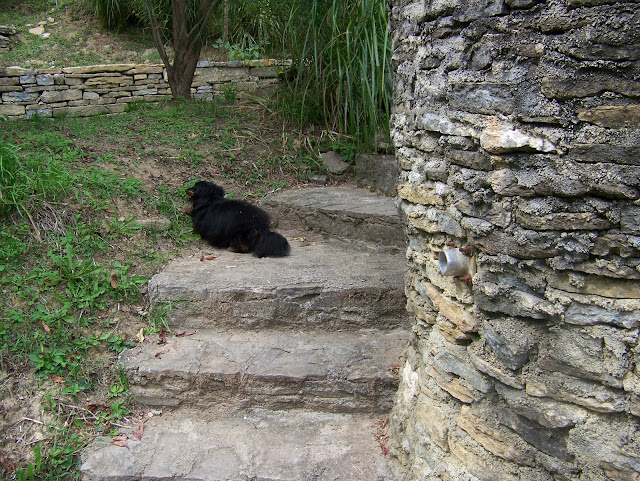 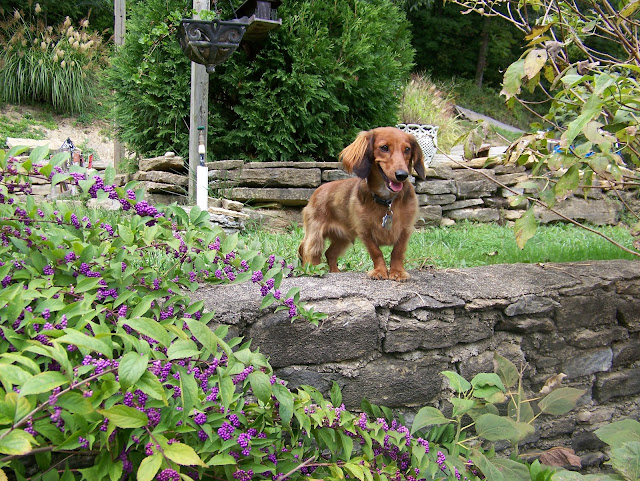 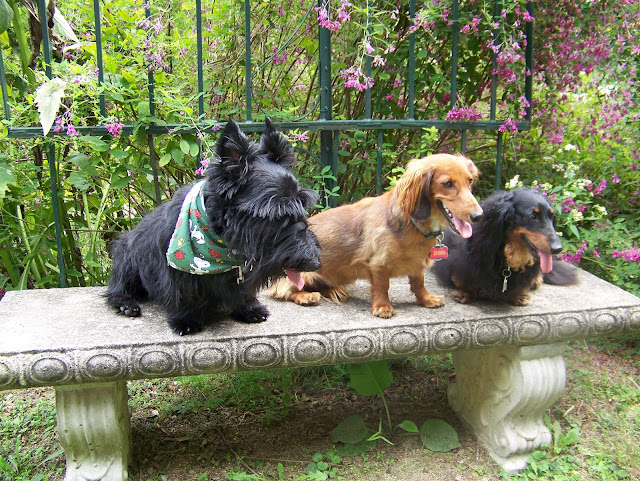 "Wow, I thought you had jumped on a plane and visited the uk!
Was the 5% built by a woman? and I can't believe 187, Great Steps, bet you went dizzy going around them"
87 is frankie's special number

Here's a link to Sweet William The Scot

Loveland has ghost's!!
Did any of you get an electric shock when you visited?

We saw that castle on Frankie's blog, but we didn't hear all about it. It's a fascinating place and lots of interesting steps.

What a beautiful place. I will have to read more about that!

What a special edition of Saturday steps! We loooove that they got to meet at a place with 187 steps!

How neat! A Castle in Ohio... I must tell all my friends!

We'll have to read all about this castle, it's beautiful. Mr Andrew was an amazing man!
Nice to meet Frankie, Ernie and Sweet William :-)

Woof! Woof! saw some of the photos in Frankie n Ernie's blog. YAH we could not believe it that its in Ohio. How Cool is that. Lots of Golden Woofs, Sugar

What an awesome castle with a great story! Mom spotted beauty berries with Ernie and it made her smile.

Love ya lots,
Mitch and Molly

Nice to see the castle again George and the Furter gang. Have a super Saturday.
Best wishes Molly

Ooooo this is so exciting! GEORGIE, TESSY! HELLO OUT THERE!!!!!!!!! Thank you to both of you for hosting this weekly bash. I will never ever forget all of your romps, and as you introduce us to more canine friends, this is becoming quite a wonderful dog blog routine!

Hugs to you my dear ones.

Great post, George! We live in Ohio, right close to Frankie and Ernie and had no idea about that castle...

Add me to the list of those who had no idea about the castle! What a fun place to meet! I only know Frankie and Ernie by reputation, but we do know Sweet William and any amount of steps would be worth it to get to meet him, or any other blogging friend!

I hope you're all doing well and enjoying your weekend!

Frankie and Ernie made it such a fun day. The castle is eleven miles from my home. Thanks George & Tess for showing our step adventure. There was a terrible storm two weeks before and it washed out a lot of the wonderful flowers.
Sweet William The Scot

Wow, that is in Ohio? Who would have thunk! Great pics, great post!

You have the most variety and interesting steps! Mama says our are just boring. I told her we just have to get out more and find some good ones, I just know they are out there somewhere!

Wow, we never knew that place was in Ohio! Who would have imagined that?

We loved these steps very much indeed, George and Tess. And we liked meeting Frankie, Ernie and Sweet William, too!

What a great place..It's nice to meet you guy's..if you had got on a plane to the UK, you could of come to my house to play :) xx00xx
Mollie and Alfie

If you get this keep an eye out as Tess is gonna be spookified this week.
Best wishes Molly

Wow, thanks for sharing your pawsome visit with us.